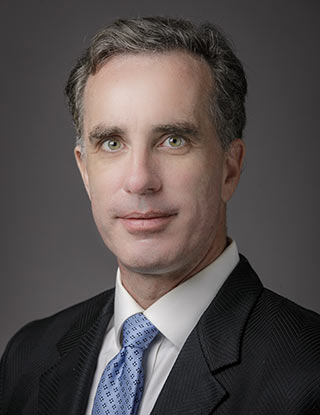 George has over 13 years of experience in civil litigation. His litigation background includes a range of disputes, primarily focused on employment law, but also including matters such as wildfire tort litigation, real estate litigation and personal injury defense. George has practiced before both state and federal courts, as well as agencies such as the California Labor Commissioner, and has litigated numerous employment matters in state and federal courts in areas such as:

George has lived in Ventura County for almost twenty years. George is a member of the California and Ventura County Bar Associations, and has worked as an attorney volunteer in the Ventura County Office of Education’s mock trial program.

George received a Bachelor of Arts degree in German and French Literature from Cambridge University, as well as a Bachelor of Arts degree in Philosophy and Theology and a Master of Studies degree in European Literature from Oxford University, and a Postgraduate Diploma in Law from BPP Law School, London. After moving to the US, George received his Juris Doctorate from Ventura College of Law, where he won the Witkin Award for Academic Excellence, won the moot court competition, and graduated first in his class.

George lives with his three children in Oxnard. When he’s not chasing them around, he’s out swing dancing. George is fluent in German.