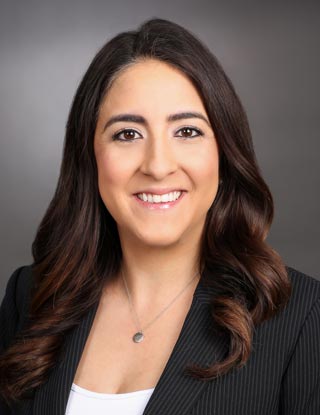 An adept litigator, Monnett has represented individuals, developers, subcontractors and business entities in the prosecution and defense of complex business and employment litigation disputes. She is experienced in all stages of litigation, from the initial analysis and review of potential claims to the completion of trial and appellate work. Monnett advises clients concerning contractual rights and obligations. She has participated in numerous mediations, and has successfully assisted in the negotiation of over five million dollars in settlements and defended against multi-million dollar claims.

Prior to joining LightGabler, Monnett practiced in downtown Los Angeles and San Diego. She has been nominated in consecutive years for the “Daily Transcripts Top Young Attorneys."

Monnett De La Torre litigates a wide variety of disputed matters and counsels employers in all aspects of employment law, including:

Monnett attended the University of California, San Diego and earned a Bachelor of Arts degree in Economics in 2006. She earned her Juris Doctorate in 2010 from the New England School of Law, where she was on the dean's list for consecutive years.

Originally from San Diego, Monnett now resides in Ventura with her husband and three Australian Shepherds. During her free time, she enjoys going to yoga and traveling, and enjoys music and sporting events.